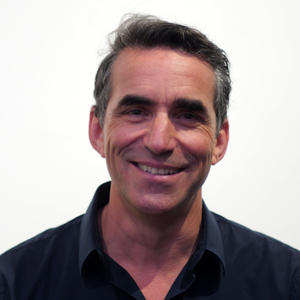 Jeff Kofman is Co-Founder and CEO of Trint, a London, U.K.-based tech company. Trint is developing a productivity tool that revolutionizes the handling of audio/video content offering intuitive editing and sharing of automated transcripts. Trint has developed a text editor that does the heavy lifting for users.

Jeff knows the world of video content. He is an Emmy-winning veteran network television news and war correspondent with more than three decades of experience reporting from around the world. He has covered many of the biggest stories of our time including the Iraq War, the Arab Spring, Hurricane Katrina, the Gulf Oil Spill and the Chile Mine Rescue.

With a track record reporting under deadline from some of the toughest places on earth, Kofman is a specialist in breaking news stories as well as finely crafted long-form television. He is an experienced interviewer, TV and radio host and anchor; a commentator and analyst on world affairs, especially The Americas, Europe, Middle East and Africa.

Jeff is a news analyst and public speaker on a broad range of topics covering major world news stories, global leadership, and the challenges of emerging democracies.