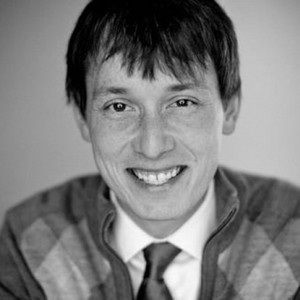 He's best known for my work with Silicon Prairie News & Big Omaha and is currently the co-founder and CEO of a WordPress hosting company called Flywheel.

He's super passionate about startups (particularly those in the Silicon Prairie) and he loves his food and wine!

Dusty grew up in Iowa and attended Iowa State University (yes, where they invented the computer). Afterwards he spent some time traveling around Europe before coming back to reality and settling into a couple of software development jobs.

The first was a small company with a great culture, and the second was at a large company with a shitty culture. The combination of those experiences drove him (with the help of his partner Kevin Zink) to start his first company – Brightmix. Essentially they wanted to create a place where they would want to go work everyday, and surround themselves with people who might want something similar.

He often describes Brightmix as a software consulting company whose prime directive was to be a product company, not a time-for-money company. After a couple failed attempts they finally got their chance with Tripleseat, a web-based software for restaurants to manage private events. In September of 2010, they raised some money and went “all in” on Tripleseat.

Along the way, they got connected with Jeff Slobotski, and teamed up to start Silicon Prairie News. Dusty describes it as “wanting to find more people like us.” That is – in Omaha how do you surround yourself with people that care about innovation, high growth startups, cutting edge technology, great design and creativity?

Over the years Silicon Prairie News itself has spawned a number of things, including Big Omaha, Big Kansas City and the Silicon Prairie Awards. It has very much been alongside, if not been a driving force of what he describe as an entrepreneurial renaissance in the Midwest over the past 6 years. SPN to this day serves as the #1 voice for entrepreneurs and startups in the middle of the country, and in January 2015 it was acquired by the AIM Institute.

Fast forward to today, where he has the privilege of working alongside some good friends to build Flywheel, which he believes to be the best WordPress hosting solution on the market – and certainly the most beautiful. They’re early on but growing quickly, and are working hard each and every day to make the lives of web designers easier.